Compare Afrione phone prices and their features to decide the best.

Afrione phones are gradually becoming known-pals among smart gadget-savvy ones. But what do we think of the locally made brand of mobile phones?

Everyone looks for the best of devices when it comes to deciding what suits their needs. It could be the camera, battery life, the cost of purchasing to a lot more but one thing you will probably have most in mind is quality.

Afrione and possible league colleagues like Tecno, iTel and Infinix don’t have that much trust in quality amongst people compared to brands like Samsung, iPhone, Huawei and other big ones.

Nevertheless, that doesn’t mean Afrione phones are not of quality but only suffers from newbie-syndrome because it is pretty kiddie compared to long-existing brands.

Since the brand is growing and you might own one of its gadget models soon, we decided to run through the features and cost of its available devices.

Here below is the start prices of Afrione phones in Nigeria

Won’t you prefer getting one of the best Afrione devices especially when it meets your budget? Well, we do say “who no like beta thing?”. Your answer sure will be a yes.

But how do you tell which meets your specifications? To help you decide, here below are the best and latest Afrione phones in Nigeria:

This is currently not available and the best alternative to this is the Infinix Hot 10, which even has a better display and higher battery life with an amazing camera of 48 megapixels.

This feature-rich packed device is probably the best to have been made by the brand.

If you want a phone that could stay active for long with you jamming your favourite music, videos to checking your social media timeline, the Afrione Cygnus X could be the friend you need.

It comes with a 4,000mAh battery capacity which can last up to 2 days with slight use or approximately 10 hours using it to access your favourite social media platforms but if you are a game-freak, this can stay active for up to 5 hours.

An amazing 20MP camera at the front means you can enjoy super-clear selfies like never before as its back camera which also comes with 20MP + 2MPdual rea camera. Additionally, the flashlight is awesome for clearer pictures in the dark.

But how does this Afrione phone cost compares to its specifications?

Having a side to side look at it and the Samsung Galaxy A20S which has 3GB RAM, 13MP max camera, 32GB internal memory and sold higher at over ₦75, 000, the Afrione Cygnus is a great deal at its price.

If you want a mobile device packed with a lot of features that meets comparatively with high models from popular brands, the Cygnus X should be one of your considerations.

This also is not available to buy at the moment but the best alternative to this also is the amazing Infinix Hot 10 which comes with a battery size of 5000mAh, 4GB RAM, 48MP camera and internal storage of 128GB.

If the Cygnus X above is higher than your budget, you will probably go for its lower option, the Cygnus.

The device has modest features still cool for a nice phone you can have for your smart life.

It has the same battery capacity as the earlier option and also Li-ion non-removable type.

Housing 20MP rear camera means you can enjoy clearer pictures with your phone.

It is made of plastic back and glassy front which is also a similar feature on the Afrione Cygnus X.

The Cygnus and the X version Afrione phones were both released at the same time (Jaanuary 2020) hence, the closeness of the model name.

The Afrione Z2 is temporarily unavailable but an alternative device you can get is the Xiaomi Redmi 9A with a battery size of 5000mAh, RAM of 2GB and a camera of 13MP.

The Gravity Z2 is a remodelled version of the defunct Z1 to give it a better appearance and classiness.

The Z1 and Champion were the first set of Afrione phones to be made by the company and both made the brand known in the mobile-tech space.

The Gravity Z2 has 3,500mAh battery capacity which is impressive considering that you won’t spend much compared to buying similar-feature smartphones from other brands.

If you love a good network, this model is packed with dual SIM (nano and micro) cards with both supporting 4G for you to enjoy surfing smiling.

The 13MP rear camera might not compare to the earlier models but at its price, this is worth having especially that the front-facing camera is 8MP rich for good selfies.

This is also temporarily not on sale, the best alternative also is the Xiaomi Redmi 9A that has a battery capacity of 5000mAh, RAM of 2GB and a camera of 13MP

This model is another affordable option with lovely features for a super-smart you.

It’s small-width size makes it a pocket-fitting smartphone to complement your style if you love compactness.

With 4,500mAh battery size, you probably won’t need a back-up phone to keep your SIM cards active for calls.

Afrione Champion Pro comes with dual rear camera with megapixels of 8 and 2 respectively in addition to its 8MP + 0.3MP front facing camera for you to enjoy taking selfies.

The 16 gigabyte size of its internal memory should be enough to handle your files but if you are a heavy files user, the capacity is expandable up to 32 gigabyte.

The phone supports 2G and 3G which is not bad for connecting to your favourite social media channels and watching cool videos on Netflix or YouTube.

Just as most, the Afrione 2in1 is currently not in the market, the best alternative is the well-talked about Valem Phantom Z+ tablet with an amazing display of 10.1 inches, RAM of 4GB, battery size of 6000mAh and more amazing features.

While this is a tablet, we made a special mention for it because it is the first device to be made by the company and it was notable for its rise in choice with participants of the N-Power project.

When the Afrione 2in1 Transformer made its way to N-power, it took it few weeks to be among the top selected devices, thanks to its 2in1 promises as a mini laptop and tablet.

Just as the Afrione phones are well-crafted, this device comes pack with some amazing features for a tablet to have.

It features a 16GB internal storage size which you can expand with up to 32GB microSD to handle more files.

5MP and 2MP dual camera is fair enough for a tablet and should enable you take pictures and make clear video calls when neccessary.

You know it won’t be complete without mentioning its accompanying magnetic docking keyboard which will turn your tablet into a mini laptop within seconds.

If you want to balance your collection, you can top it up with one of the Afrione phone compatible accessories like the A3 wired headset which works perfect with the tablet.

Afrione phones like every other locally made brands suffers from low-perception because of its made in Nigeria tag.

Fortunately in terms of quality and performance, it continues to deliver coupled with their nationwide support centres availability for better customer supports.

If you are thinking about getting a good phone while considering affordability, these devices should definitely be on your list.

Do you own one of the Afrione phones or heard something we have not covered in this guide? Do let us know by using the comment section. 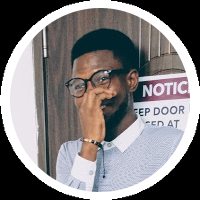 Meed™ U
Our Jackie in all areas. He is an active hunter for the best deals, discounts and knows a two about darnedest things.

Latest posts by Meed™ U (see all)
243
SHARES
ShareTweetJoin Us
You are the first in our research hence, we rallies around doing rigorous checks, testing and analysis to help you make a good decision on products and services. Meanwhile, items providers' final views are superior to ours.
0 0 votes
What do you think?
Subscribe
9 Feedback
Inline Feedbacks
View all comments
Munir Sokoto 08064550316

You can check into any Afrione walk-in outlet closest to you.
If you have a contact in Lagos as well, you can discuss with the person to help you get one from the Afrione office in Lagos at Plot C, Block 10, Industrial Scheme, Ilupeju, Lagos.

Please, that Cygnus X is currently out of production.
You can subscribe to our newsletter to get the info once we find this model on sale.

I used Afrione champion nice phone good camera and 2in 1 transformation but challenging on it is battery for past 6 months now and the keyboard too, any address office to fix it please I will be grateful. Thank you

Hi Juliet,
So sorry for the experience and nice to learn you are a happy user of Afrione.
Meanwhile regarding fixing the device, kindly check into Afrione office in Lagos at Plot C, Block 10, Industrial Scheme, Ilupeju, Lagos

Itel Got These Smarty TVs for your home